The popularity of CBD has taken the world by storm. If you have paid even the slightest bit of attention to the news, you know just how popular CBD has become: According to an August 2019 survey, 1 in 7 Americans had tried CBD, and that number has certainly continued to increase.

CBD’s popularity has come with entire new marketing and scientific research into the field. Indeed, broadly speaking, there has been a wide array of study that has barely scratched the surface of CBD’s potential, with many noting that CBD appears to have the potential to help people in many different ways. More research will hopefully be able to answer other important about CBD, including therapeutic dosages and what types of CBD are most beneficial to different people.

Since CBD is so new, many questions remain about it. As such, we wanted to take a moment to address two very common questions about CBD: What are Terpenes, and what is the Entourage Effect?

What Is Actually In CBD Oil?

CBD Oil is a complex product that comes from the hemp plant. It is processed in a variety of different methods, including through the use of CO2, winterization, distillation, or oil solvents. While the process may vary based on the preferences of a manufacturer, the end result is the extraction of CBD oil, as well as its various component parts.

When properly refined, CBD Oil contains roughly three components. Most obvious, and most important, is CBD itself. CBD is one of the roughly 110 different types of cannabinoids and is largely responsible for the effects of CBD oil.

CBD may also contain THC, but that depends on the type of CBD that a manufacturer is producing. THC is short for tetrahydrocannabinol and is best known for being the type of cannabinoid found in marijuana that is responsible for the drug’s intoxicating effects. Full Spectrum CBD contains THC, while Broad Spectrum CBD does not. In order to be legally manufactured and sold in the United States, CBD must contain no more than 0.3% THC. This amount is far too low to result in any sort of intoxication. However, it is enough to cause the Entourage Effect, an important effect that is believed to be largely responsible for many of Full Spectrum CBD’s positive impacts.

CBD will also contain Flavonoids. Flavonoids are chemical compounds found in CBD that serve a few roles. They are largely responsible for the color of CBD. They also help to attract pollinators (like bees) and help filter out UV rays from CBD. According to research, there are up to twenty different types of Flavonoids that can be found in CBD. Overall, they are a critical compound within CBD and necessary in order to produce the Entourage Effect.

Lastly, CBD will contain Terpenes. This is the final building block of CBD.

Terpenes are another chemical compound that is in every form of CBD except for Isolate. You may not be familiar with what a Terpene is, but if you have ever tried CBD, you have unquestionably smelled them. One of the many impacts that Terpenes have is to create the various smells that you detect when you use CBD Oil. Their role is for more than just smell, however, as they can help give CBD flavor, impact the effect CBD has on your body and even directly bind with some CBD receptors.

Indeed, their positive impacts are well documented, with some studies suggesting that terpenes can help to fight infections and increase blood flow.

Terpenes are actually a broad chemical classification, as there are over 200 types of Terpenes. It is also thought that Terpenes when working in concert with CBD, can limit the psychoactive impacts of THC, a critical need when taking Full Spectrum CBD.

CBD, THC, Terpenes, and Flavonoids are all critical ingredients in and of themselves. However, when taken together, research has shown that they have a collective impact known as the Entourage Effect.

What Is The Entourage Effect?

The key principle behind the Entourage Effect is that all parts of CBD make each other stronger – including THC. Full Spectrum CBD contains all of these parts. As such, if you believe that the Entourage Effect can produce a meaningful difference, you would prefer Full Spectrum CBD. Broad Spectrum is missing THC, and Isolate CBD is missing THC, Terpenes, and Flavonoids. As such, they are less effective products.

What is perhaps most interesting about the idea behind the Entourage Effect is that it appears that the various components directly modulate each other. For example, the impact of Terpenes is enhanced by its interaction with other cannabinoids, like CBD. That’s why the Entourage Effect is referred to as synergistic: The compounds work directly with each other to enhance a user’s experience.

What Is The Research Behind The Entourage Effect?

Like most things CBD related, additional research is needed before firmer conclusions can be made about the Entourage Effect and its impact on individuals. However, there are some studies and analysis which suggest that Full Spectrum CBD is more effective than Broad Spectrum.

For example, an article in Frontiers of Plant Science reviewed the available research and found that studies that had been conducted so far indicated that the evidence for the Entourage Effect is strong enough to indicate that Full Spectrum products are more effective and provide more therapeutic value than other CBD products. A previous article by the same author noted that other compounds, including CBD, could have a moderating impact on THC and potentially boost its therapeutic impact.

Available evidence does suggest that the Entourage Effect is real and can be noticed by CBD users. Terpenes are a critical component of that effect.

What is the entourage effect in CBD?
The entourage effect relates to the action when all the compounds found in hemp naturally work together in synergy. The theory is that the combination of these compounds enhances their activity overall. It’s for this reason that you can now find full- and broad-spectrum CBD products rather than just isolates.
What are the benefits of the entourage effect?
There’s still much that we have to understand about the components within hemp. We don’t understand everything about how they work together. Research indicates, however, that each enhances the action of the others. So broad-spectrum CBD oil may be more effective than an isolate because other compounds support its action.
Will terpenes get you high?
No. THC is responsible for the psychoactive properties of marijuana. THC is a cannabinoid, not a terpene. Terpenes support the actions of the cannabinoids but do not alter your brain chemistry. If you use a legal product from a reputable company, you will not get high even if you take massive doses. 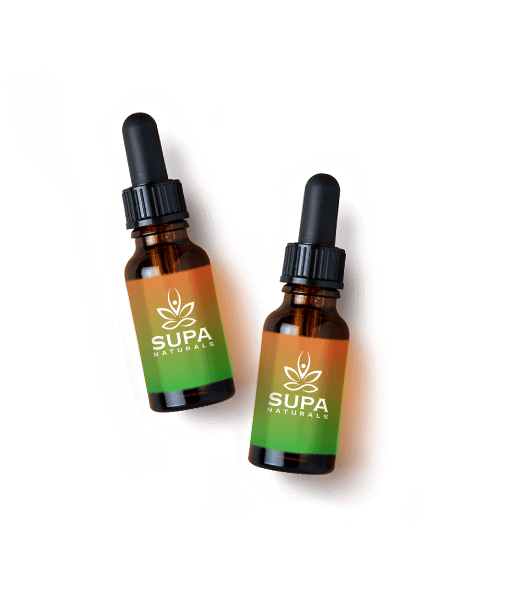